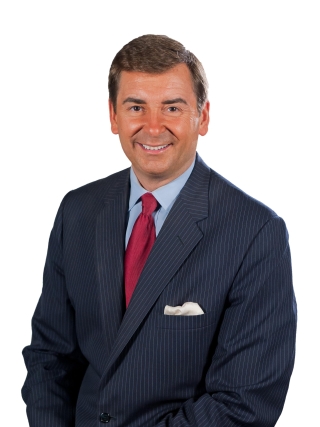 Bill and some classmates started a newspaper and sold it on the streets when they were in the 5th and 6th grades. By the time he was 14, he started hanging out at the local radio station, where he was allowed to read announcements and pull wire copy for newscasts. When he was 15, he was given a regular shift on WEZJ radio, playing country music and doing local news. A year later, the managers started a cable TV station, and Bryant produced and anchored the news while also playing basketball and serving as class president.

He attended what is now the University of the Cumberlands and continued working in radio and TV and then transferred to Eastern Kentucky University where he earned a degree in broadcasting and political science.

The summer before his senior year at EKU, Bryant did an internship with WKYT in Lexington. He was supposed to be there just for the summer, but has remained there for more than 25 years. Bryant has anchored every show at WKYT at one time or another, as well as the long-running "Kentucky Newsmakers" program. In the fall of 2009, he added to his duties by becoming the co-anchor of the FOX 56 Morning Edition.

Bryant is a member of EKU's "Hall of Distinguished Alumni" and the Williamsburg High School "Hall of Fame." He's also been recognized by The Associated Press and is proud to have been a part of newscasts honored with Emmy and Communicator Awards.

He is active helping Kentucky Children's Hospital raise money and in recent years helped spearhead an effort to build a downtown community park in his hometown.

For fun, Bryant likes to work out, go boating and read. He especially likes to read about Kentucky history and the national political scene.